In a press conference held the day prior, media outlets swarmed the UNLV gym as the CEO, President, Vice President, coaches and players fielded questions about the groundbreaking concept of this new league. All seemed eager and optimistic about the present, and future of co-ed professional basketball. “This league is serious. This league is gonna change the game.” Master P told Dominique Nicole. When asked about a possible season after the exhibition game, P stated “We’re doing this right now. We want to show the world exactly what this is.”

Also present at the press conference was Atlanta Heirs WNBA Franchise player and two-time Olympic gold medalist, Angel McCoughtry. When asked what she was looking forward to for tomorrow’s game, she replied “I’m looking forward to throwing up some oops. I’m catching it and dunking it. I’m looking forward to roughin up the guys a little bit. Showing ‘em about the women’s game.” as the highly skilled athlete displayed a calm level of confidence while shooting around the court.

On game day, it was clear New Orleans Gators guard, Porter Mayberry was ready to get out there and play. Standing at 5’5”, Mayberry’s is the shortest dunker in the world. In a brief pre-game interview Porter stated “I just want to come out here and give a good game you know, with my teammates. You know, dish it out. I’m a point guard so I have to facilitate.” The self-assured guard, just like his opponent was cool, confident, and looking forward to having a good time on the court.

Master P’s GMGB Helps non-profit organization made their presence prior to the game as the large group of student athletes gathered with their mentors and coaches to garner inspiration for life on and off the court. Aside from showcasing their athletic abilities through various ball handling drills, the youth were given motivational words, reminding them of the program’s bigger purpose. GMGB Helps promoted their anti-bullying campaign and commitment to encourage inner city youth through education and athletics. As they gathered in a huddle, Master P’s son, Romeo Miller gave a reassuring pep talk telling the group “We gon have fun today. Like my pops said: we ballin for a cause.”

Master P’s younger brother, Silkk The Shocker made a rare public appearance to support his brother for this historic event. “It’s about equality. It’s good to show people that women deserve it just like men.”

Master P’s daughter Cymphonique opened the game with a beautiful rendition of the Star Spangled Banner and also spotted were Tiny’s daughters Zonnique and baby Heiress to cheer Tiny and The Heirs on. Other big names were in attendance as well, including songstress Tamar Braxton who came to support Tiny at her first game. 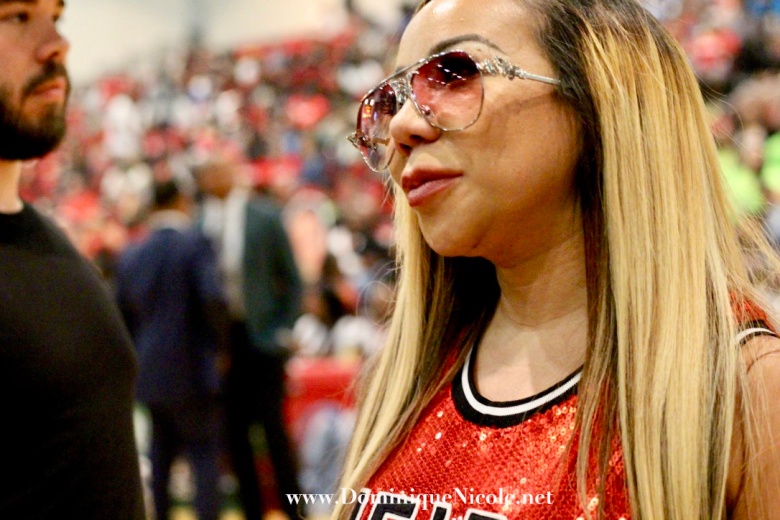 As the energy heightened, shortly before the Heirs took the court, Tiny made her prediction on her way to the locker room. Tiny kept it short and sweet when asked her prediction of the game by saying “We coming home with the W.” The overwhelming support for the Heirs must have worked, because Tiny’s prediction came to life. The outcome first seemed uncertain as the Heirs trailed behind the Gators in the first half, but they pulled it off with a four point lead and emerged victoriously over the New Orleans Gators. 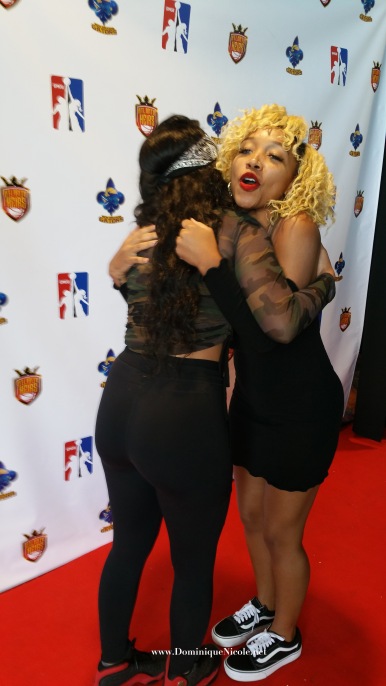 Heirs guard Tammy Brawner  was undoubtedly ecstatic about the win stating “We won. We got the W baby. Representing for ATL all day! I’m feeling good. Whenever I win I feel good. We bout to take this to the house.” In a post game interview, Brawner’s teammate Justin Martin said “We knew we was gonna come out on top. P knew what he was getting himself into. We just came out. We did our thing, it was a great success, man. I’m proud to be apart of the league. It’s dope.” 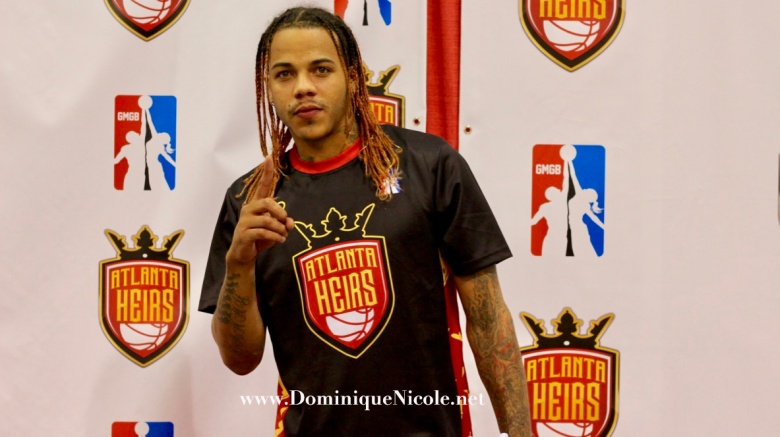 “We won. We got the W baby. Representing for ATL all day! We bout to take this to the house.”    – Atlanta Heirs Guard, Tammy Brawner

The arena erupted in cheers as Tiny and The Heirs celebrated their first victory. Both teams played phenomenally well, but the Atlanta Heirs, proved their dominance as a mixed gender squad. GMGB’s CEO, James Scott, expressed his rush of emotions after the game: “I feel fantastic. Everything we had wanted to do, it just was picture perfect. Especially for the fans. They’re going to go home knowing that they were a part of history. Look forward to Atlanta. Look forward to the rematch. Then look forward to the team in Las Vegas, owned by a boxer.”