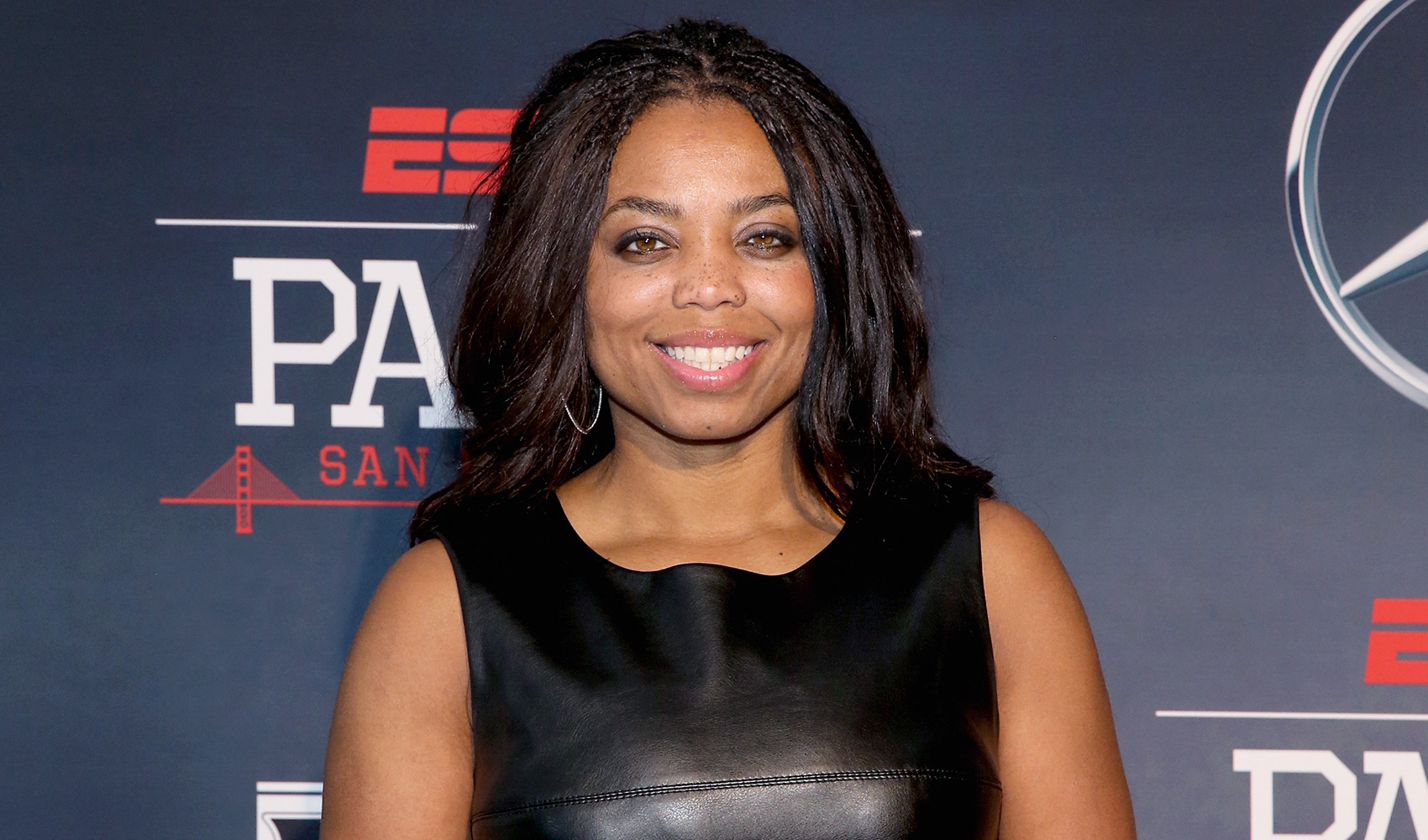 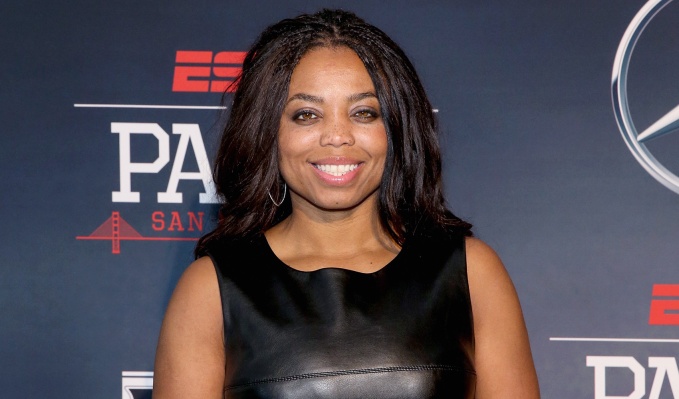 Jemele Hill has been under heavy criticism as well as praise since her Tweets about President Donald Trump early September. The ESPN Sports Journalist took a stand and expressed her thoughts, in her own voice, unequivocally regarding Trump as a white supremacist. It started as most Twitter rants do: consecutive bursts of 140 characters forming strongly worded statements by an outraged American citizen. She wholeheartedly expressed her viewpoints on the bigotry and prejudice expelling from the White House leader and his constituents. From there, it spiraled into a controversial media firestorm, ultimately landing on the doorstep of none other than her employer: ESPN.  Although the views expressed were not a reflection of ESPN, the network caught the backlash which put them in the position to put Hill under disciplinary action. The world of sports media was at an uncompromising divide as some openly praised Hill hashtagging the phrase “#IstandWithJemele” while others disapproved of what they felt was an irresponsible use of her social media platform.

“My criticisms of the president were never about politics. In my eyes, they were about right and wrong. I love this country. If I didn’t, I wouldn’t want it to be better.” – Jemele Hill

Hill penned an open essay last week reflecting on her experience while sitting in the office of ESPN President, John Skipper. She expressed sincere remorse for letting down her colleagues at ESPN, and also owned up to the reality that Twitter is not a place to vent. Despite making national headlines for the incident, Hill, stood by her decision for voicing what she knows is right. Hill, shared how as a sports reporter, it is nearly impossible to turn a blind eye to what’s detrimentally affecting minorities in our country, including herself.  “I also can’t pretend as if the tone and behavior of this presidential administration is normal. And I certainly can’t pretend that racism and white supremacy aren’t real and that marginalized people don’t feel threatened and vulnerable, myself included, on a daily basis.” she wrote.

“Yes, my job is to deliver sports commentary and news. But when do my duties to the job end and my rights as a person begin? I honestly don’t know the answer to that.” – Jemele Hill

Fast forward to today’s latest news. Jemele found herself in the hot seat, yet again with ESPN in another Twitter response to Dallas Cowboy’s owner Jerry Jones. Jones gave an advisory to his players and coaching staff stating “If there’s anything that is disrespectful to the flag, then we will not play.” This was a clear threat to whoever planned to take a knee in solidarity during the National Anthem. Hill retorted on social media providing insight to her followers of the most effective way to get Jones’ attention: by hurting his pockets through advertising dollars. About an hour and a half later, Hill sent a follow-up tweet clearing up the misconception that she was encouraging an NFL boycott. 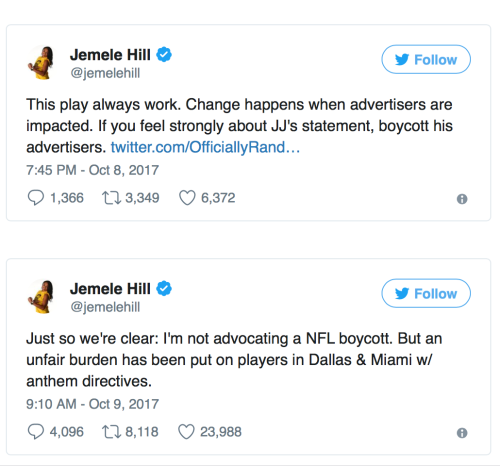 ESPN didn’t take the suggestive call to action too well, as they immediately placed Hill on a two-week suspension.  Granted, ESPN did give Hill a second chance from the Trumpgate incident which likely placed her on some pretty thin ice with the network giant. It was inevitable that a simple breath in the wrong direction would send her back to the principal’s office.

I empathize with Jemele. I truly believe that she has a genuine heart for the people, and that noble trait appears to conflict with the professional expectations of ESPN. Jemele is an extremely intelligent woman who has advanced very far in the field. Being that today’s social issues have a tremendous amount of influence in professional sports, I can only imagine the difficulty of walking on those proverbial eggshells. She’s almost obligated to mince her words and stick to the script because veering from it can and will be costly.  I’ve been following Jemele Hill along with Michael Smith for years, faithfully tuning into their His & Hers podcast, and Numbers Never Lie show. They are my favorite dynamic duo as their chemistry is insanely perfect. They have created countless parodies of urban culture and have occasionally joked about the black experience on and off television. They bring an impeccable balance of discussing The Culture and professional sports in the most finessed manner. In my experience as a spectator, this is how I “know” Jemele to be. She is beloved by the masses, as she is highly knowledgeable, charismatic, entertaining, factual, and honest. I fully understand ESPN’s business perspective, however, from a journalist perspective, it’s unsettling to see her gagged by corporate policy when important issues deserve open attention and solutions.  Perhaps it is deemed safer to hold a conversation about the black experience, as long as it’s a light-hearted one?  It would be refreshing to see Jamele speak on an independent platform where she can explicitly express her views, sans repercussions and censorship.  I will continue to stand with Jemele with the hope that one day she can speak her truth without the suffocation of red tape. Jemele Hill is more than just a sports journalist. She’s real. She’s woke. She deserves to be heard.