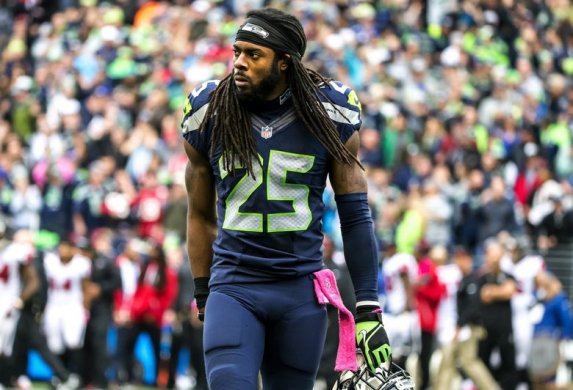 Richard Sherman’s recent move to the 49ers was announced Sunday and it came as a surprise to most. The now San Francisco cornerback came to an agreement with the team that includes a three-year contract worth up to $39.15 million with incentives. Sports reporter Mike Patton gives his take on Sherman’s new deal and the relevance (or irrelevance) of his Achilles tendon injury:

Richard Sherman didn’t quite have the season he wanted to. The veteran corner ended up suffering a season-ending Achilles’ tendon injury as the Seattle Seahawks missed the playoffs for the first time since the 2009 season. Along with his team missing the playoffs, there were rumblings around the league that Sherman could have played his last season in Seattle. Those rumors came to life when Sherman was released going into the weekend and teams were lining up to try and get a crack at bringing him in. Eventually he only made one visit and that visit locked him up. And ironically, he heads to the team who was the Seahawks main rival for a while in the NFC: the San Francisco 49ers.

Sherman and the 49ers negotiated a three year deal that could be worth as much as $39 million. The reason I say “could” is because it is an incentive style contract. The deal only includes $5 million in guaranteed cash at signing with incentives on making the roster ($2 million), a $2 million base salary, playing time incentive ($1 million) and also he is reportedly guaranteed a base salary of $16 million in 2019-2020. This deal is extremely beneficial for the 49ers because they are not tied into a ton of guaranteed money. If Sherman does not make any of these incentives, they only are out $5 million for the season. The incentive for Sherman to come out and play well is huge for him with this deal he negotiated himself. For Sherman, he joins the ranks of players that have bet on themselves with contracts. The feeling for him is he can be healthy and get all those carrots dangling in front of him with ease. After all, he has confidence in himself and there were not really going to be too many offers that did not have incentives based off the injury he is coming back from.

Mike Patton is a sports enthusiast with an equally strong hunger for writing about sports. Follow him as he breaks down the biggest stories in sports from a unique perspective.