Despite Global Mixed Gender Basketball being a newly formed league compared to its professional counterparts, the concept of equality amongst men and women in the professional world of sports has been widely accepted and celebrated since the league emerged. GMGB has been featured in Ebony Magazine and has garnered support from NBA veterans Metta World Peace, Carlos Boozer, Caron Butler, as well as legendary WNBA veteran Lisa Leslie. It’s also been rumored that Global Mixed Gender Basketball will make history again by hold the very first mixed-gender Olympic games in the near future.

The upcoming Miami exhibition game will feature the New Orleans Gators competing against the Miami Ballers. We’ll see if the Gators have what it takes to get the win against Miami’s home court advantage. 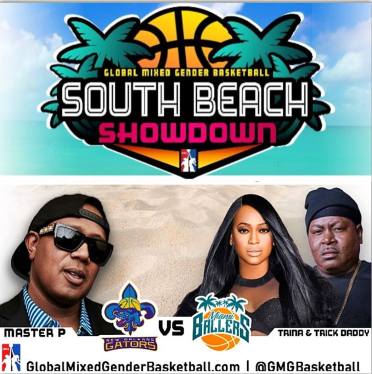